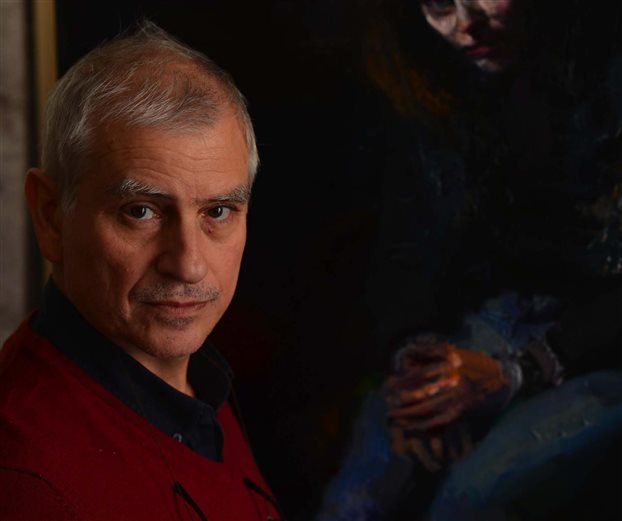 Born in Pireas in 1952, he was an Athens School of Fine Arts student under the tutelage of Giorgos Mavroidis (1970-1974). He pursued his studies in Lyon and Paris (1978-1981) and then joined Leonardo Cremonini’s studio at the École Nationale Supérieure des Beaux-Arts as observer. He returned to Greece in 1982 and settled in Athens. Along with Irini Iliopoulou, Giorgos Rorris, Edouard Sacaillan and Maria Filopoulou they set up an informal artistic team which endorsed the ‘return to paintability’.