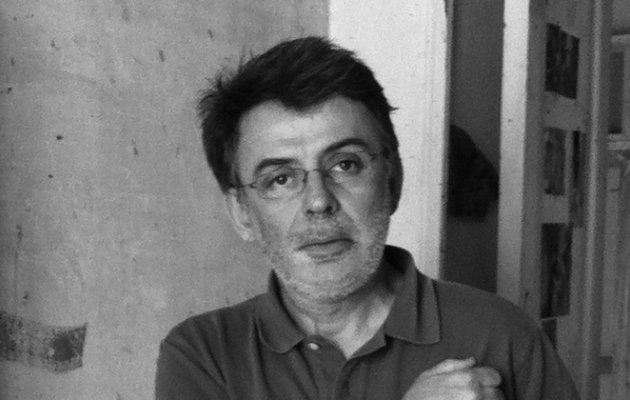 Born in Kosmas of Kynouria (Arcadia, Peloponnese) in 1963, he was an Athens School of Fine Arts student of Panagiotis Tetsis and Yiannis Valavanides (1982-1987). He pursued his studies at the Parisian École nationale superieure des Beux-Arts under Leonardo Cremonini (1988-1991) thanks to a Basil and Elise Goulandris Foundation scholarship coupled with P. Bakala Bros Foundation grant. He worked with ‘Apopsi’, a Cultural Centre, between 1996-2002; as of 2002 has been working with ‘Simio’ Art Group, where he tutors painters. In 2001 he received the Academy of Athens award for new painters under the age of 40 and in 2006 the Alexandros S. Onassis Public Benefit Foundation conferred an honourable distinction for his work. He has maintained a permanent collaboration with “Medusa Art Gallery”, in Athens, since his first solo exhibition there in 1988. Works by him can be found in public and private collections. He lives and works in Athens.