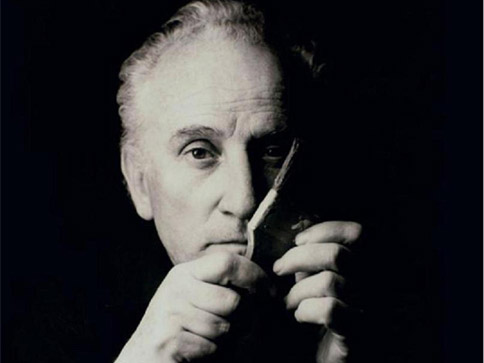 Dimitris Mytaras is a Greek artist who is considered one of the important Greek painters of the 20th century.
His work is mainly inspired by the human figure, and a combination of naturalism and expressionism. From the 1960s onward, Mytaras moved in the direction of naturalism, while from 1975 an expressionistic approach became more and more marked in his output.
From 1953 till 1957, Mytaras studied at the Athens School of Fine Arts under Yiannis Moralis. Later on he studied stage design at the Ecole Nationale Superieure des Arts Decoratifs in Paris. From 1964 till 1972, he directed the Interior Decoration Workshop of the Athens Technological Institute. Since 1975 he has been teaching at the Painting Workshop of the Athens School of Fine Arts. Mytaras has participated in more than 30 international group shows, including the 1972 Venice Biennale.